Create an interactive Augmented Reality experience rooted in building greater social consciousness via Lens Studio that addresses the history and voices of human beings affected by the theme of education.

There is a gender gap in STEM education and the workforce. The persistent, subconscious images of male mathematicians and scientists may explain why girls enter STEM fields at dramatically lower rates than boys. 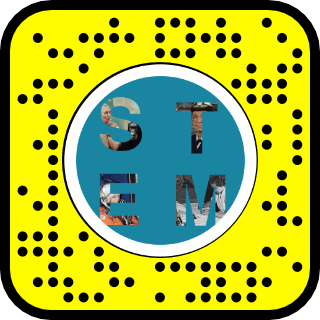 Ask a child to draw a scientist. What will you see?

Studies revealed that 99.4% of the drawings depicted male scientists. 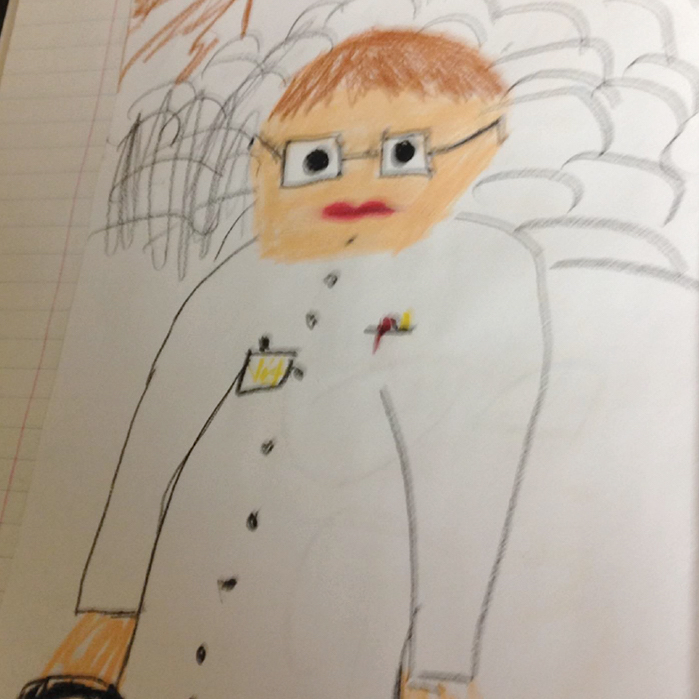 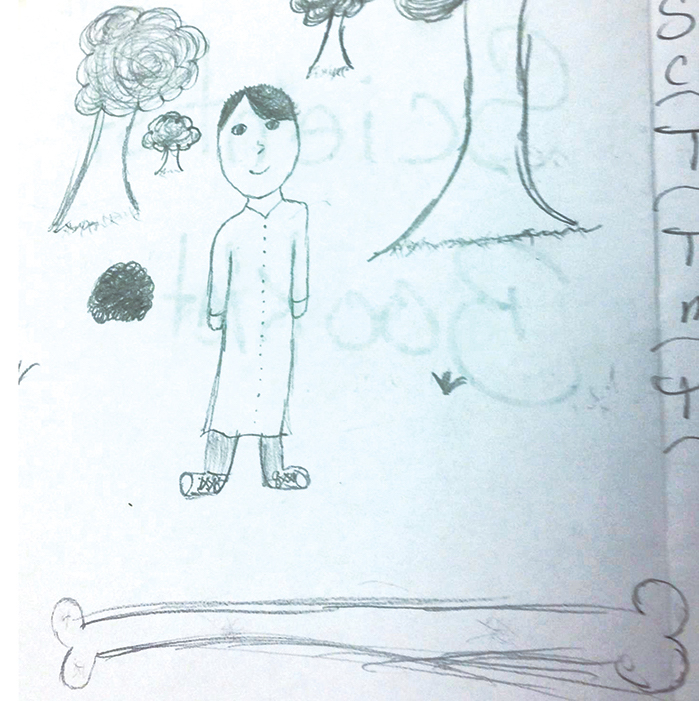 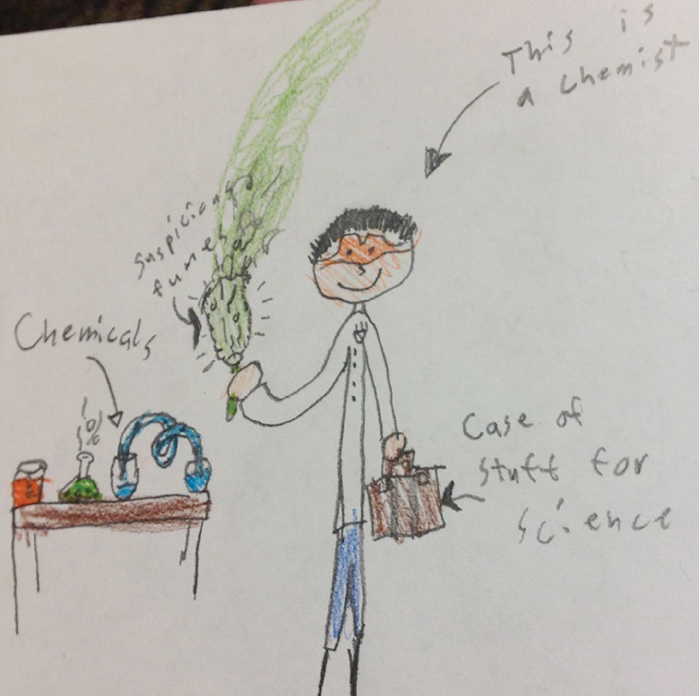 The persistent, subconscious images of male mathematicians and scientists may explain why girls enter STEM fields at dramatically lower rates than boys.

Adult women make up only 28% of the STEM workforce. The gender gap starts in school. Source: AAUW

To understand how to engage and educate snapchat users we spoke to Stacy Long-Genovese, the Global Head of Education at Snap Inc. 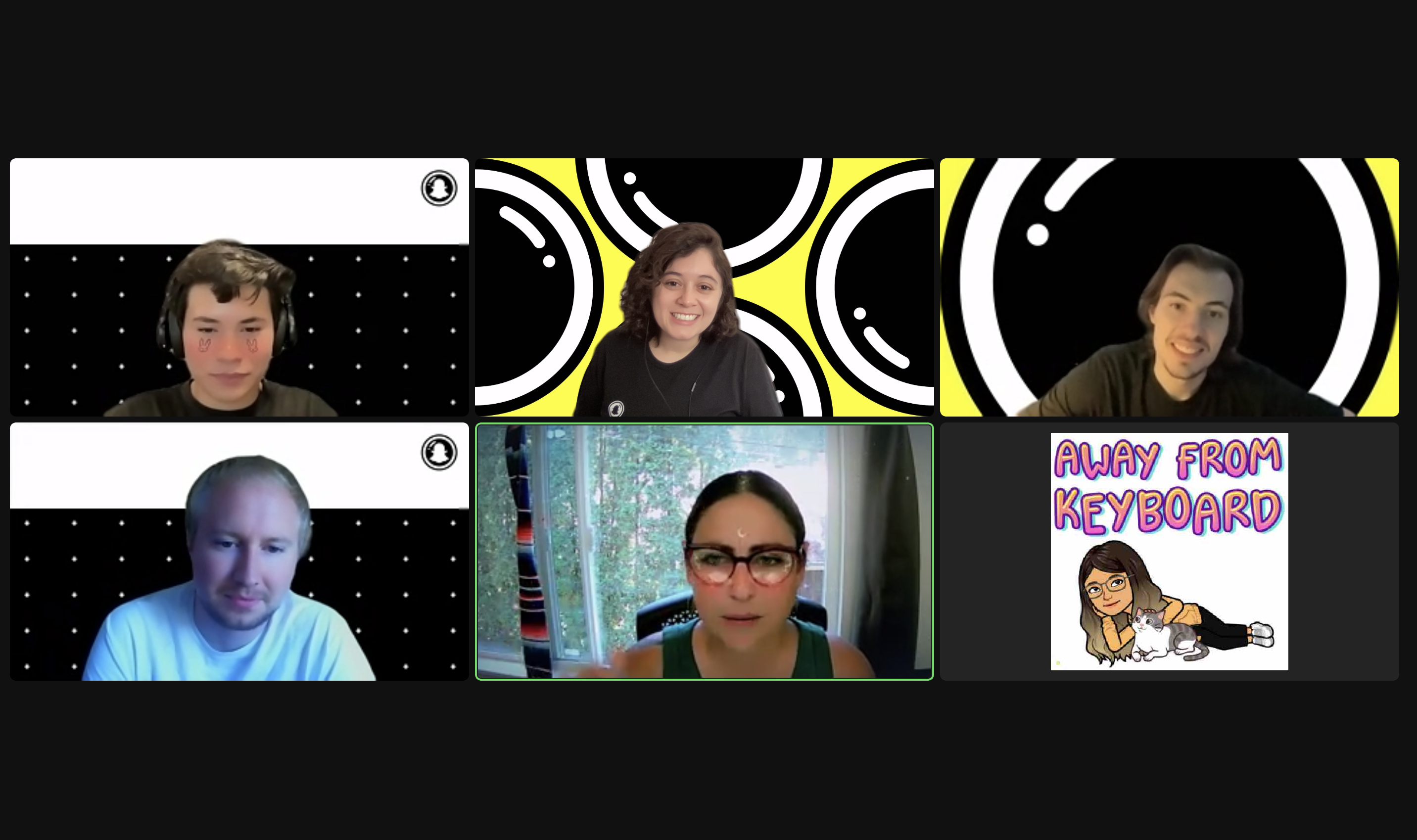 After multiple iterations surrounding education, women in STEM and the best way to engage and present the users with information we decided on the lens that became Women in STEM.

A snap lens that exposes and educates about influential women in STEM to inspire those who have been discouraged from their interest in science, and supplement what students might currently be learning. 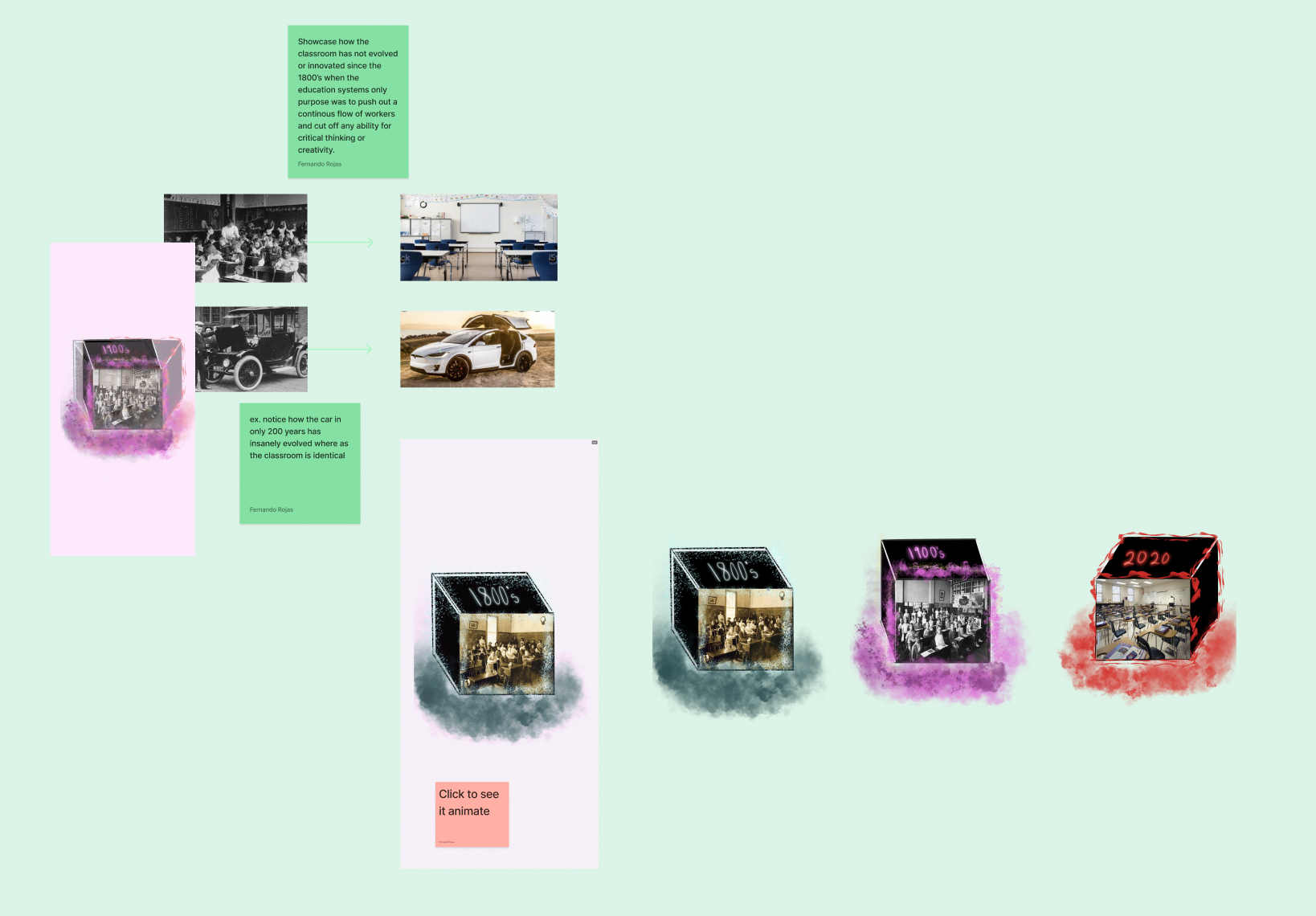 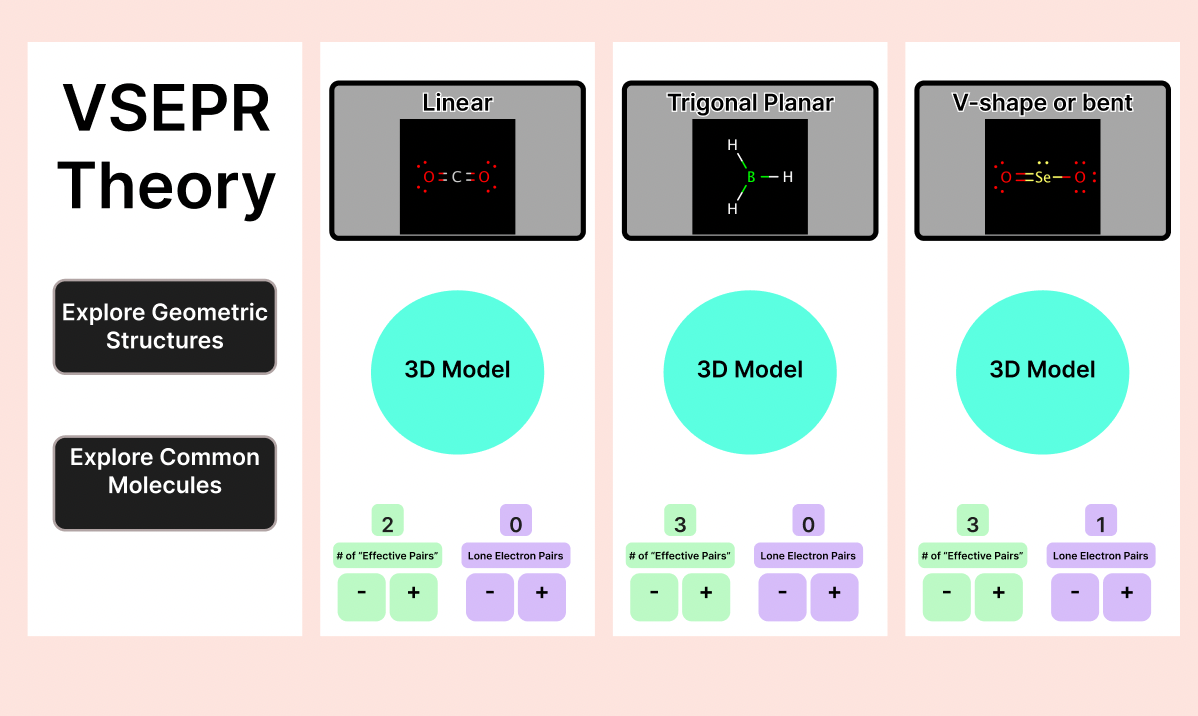 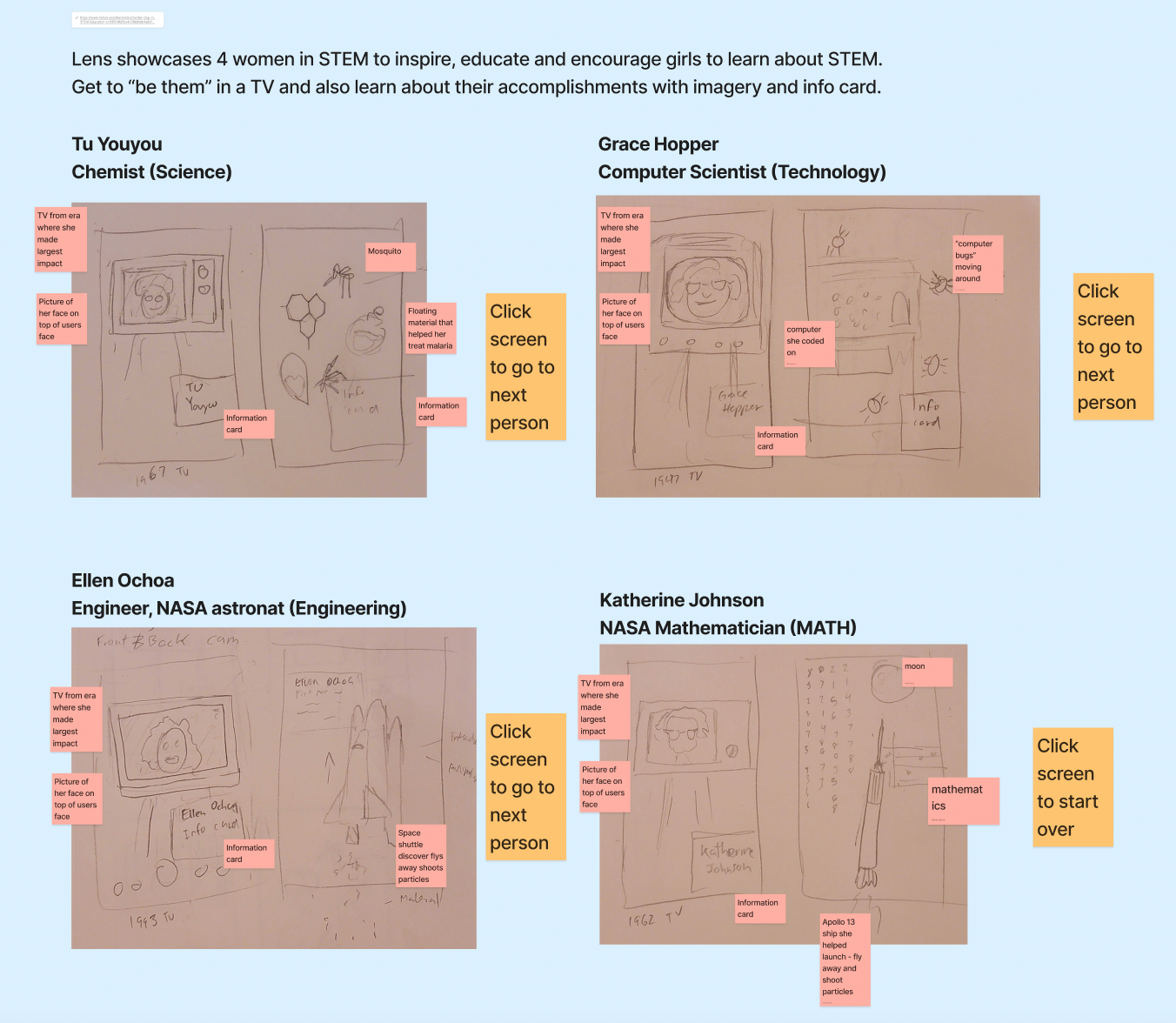 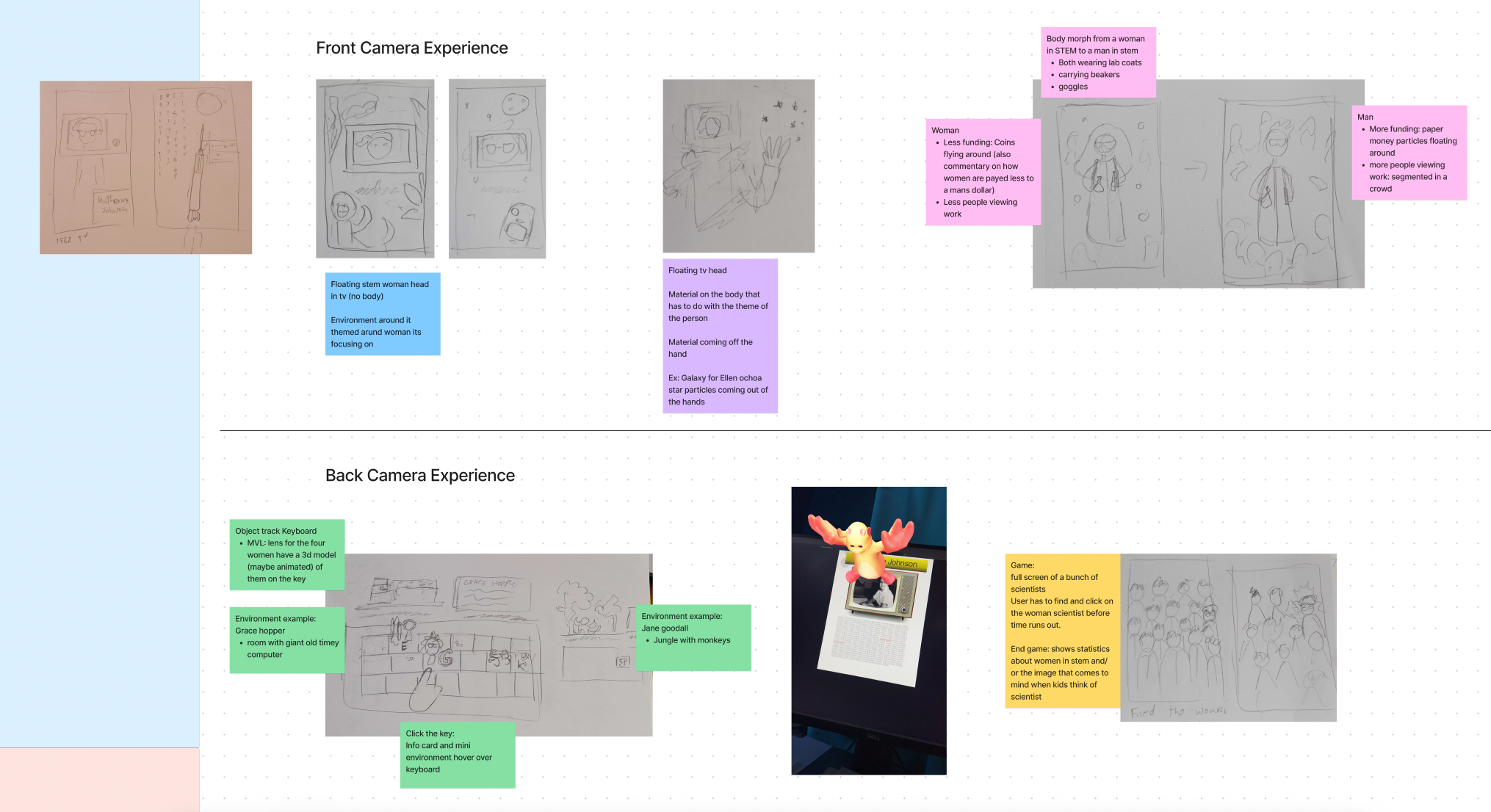 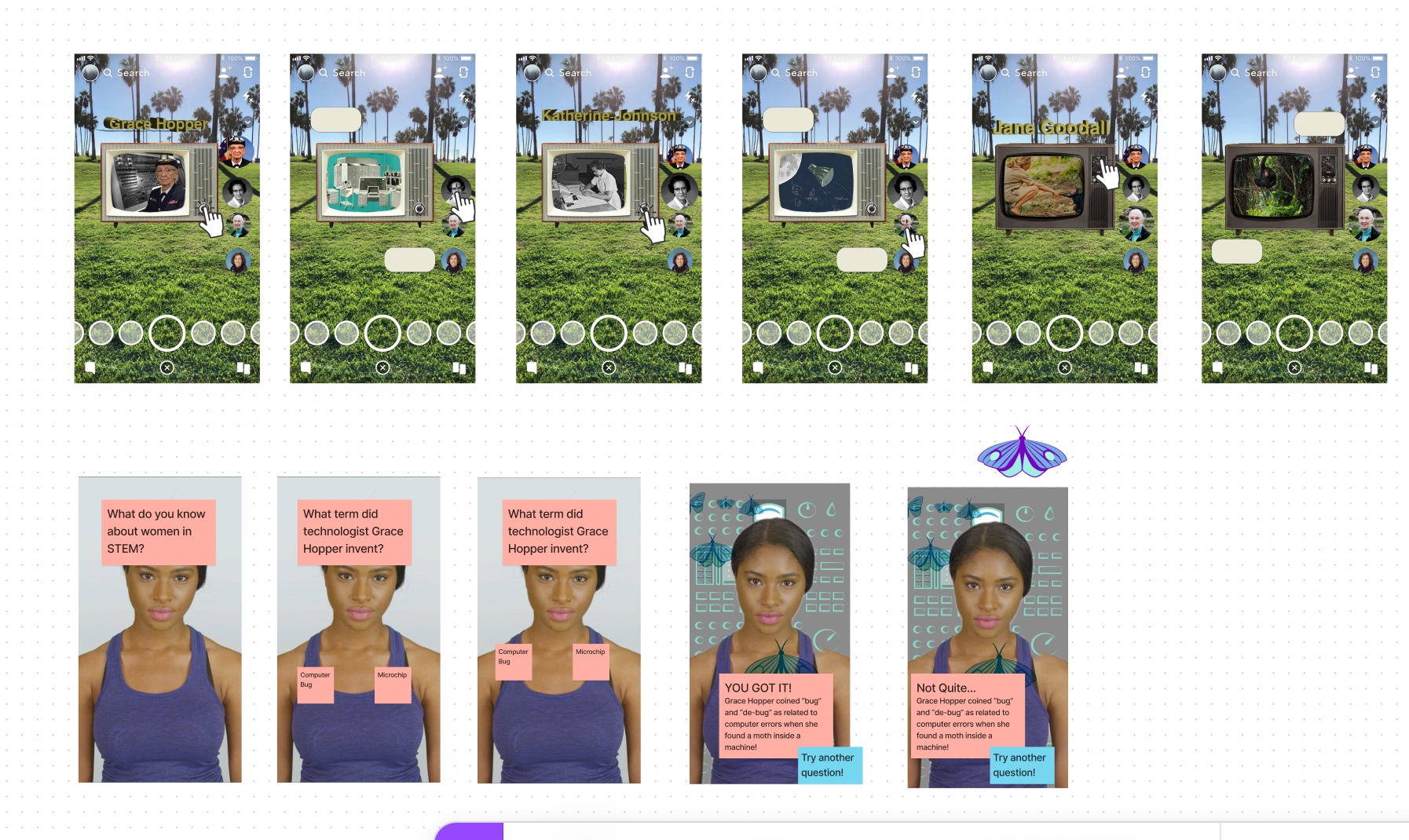 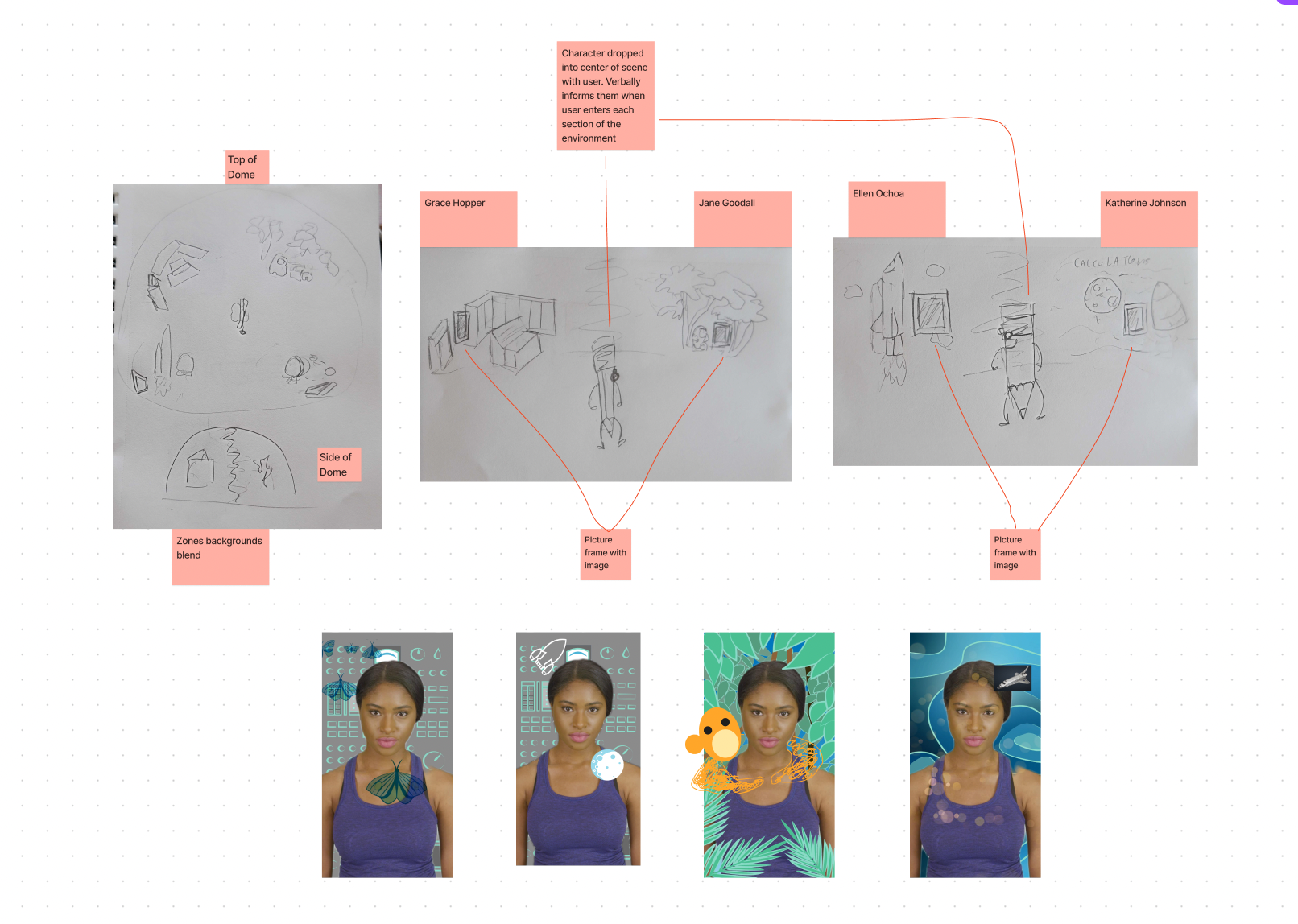 Who did we choose

We narrowed the featured women down to four. Each woman represents one of the subjects in STEM. 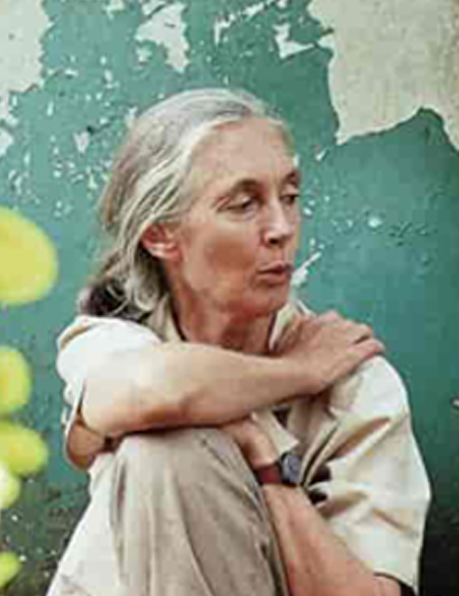 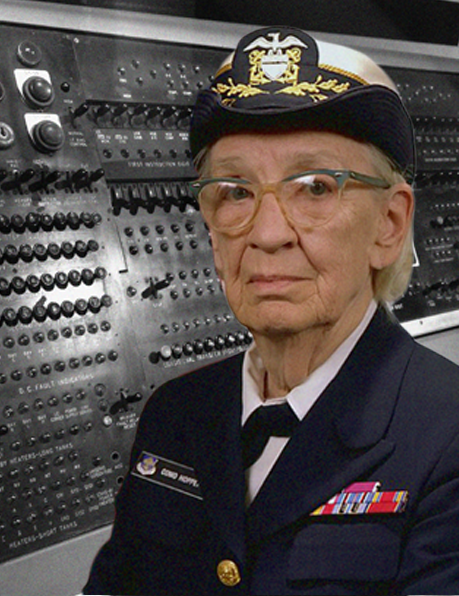 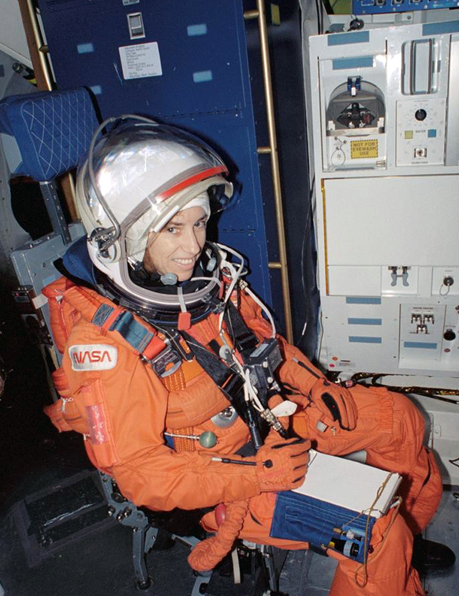 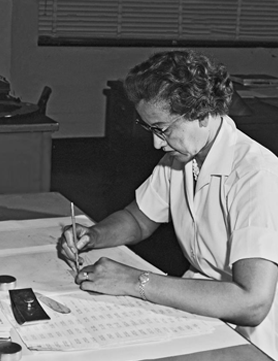 The user is segmented into the background illustration while 2D and 3D assets are bound to the head to move with the user in the space.

Ledley the Pencil
We chose a pencil, a common tool of the trade for students, to come to life using rig animations.
Ledley recounts facts using lens studio's text-to-speech feature. 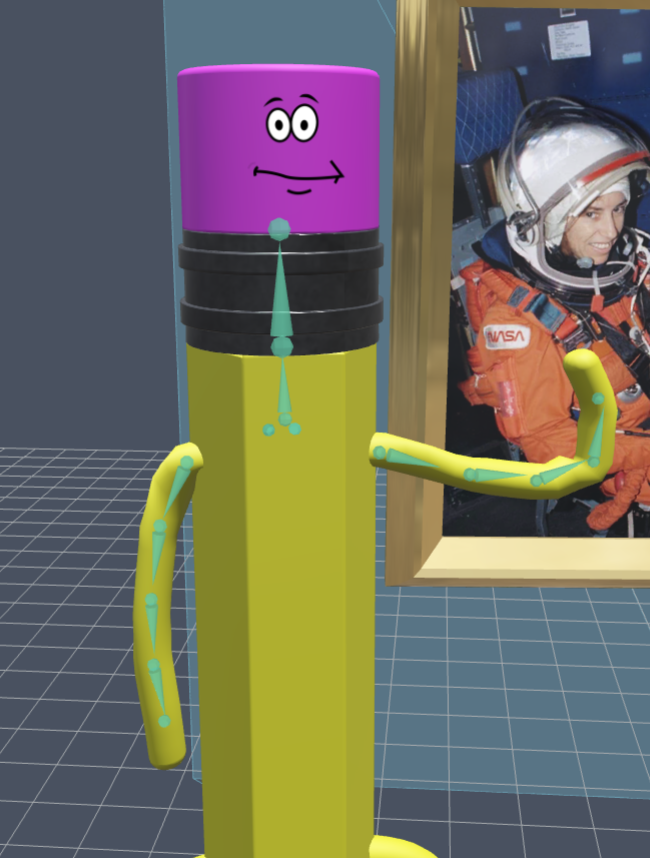 3D Scene
‍I used Blender to model the 3D scene and Adobe Substance Painter to color the 3D objects. Each scene and fact is triggered with a behavior script when the buttons at the bottom are pressed. 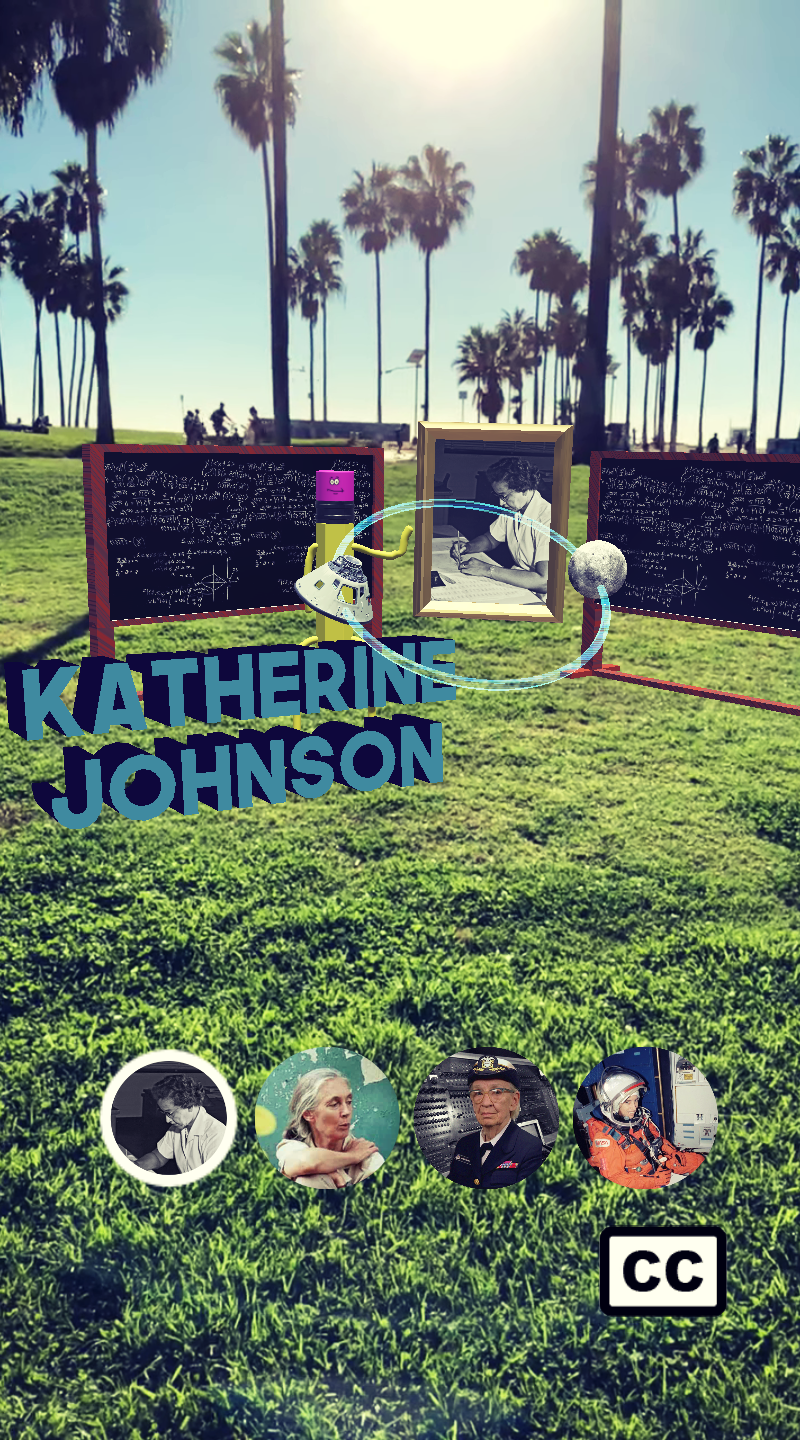 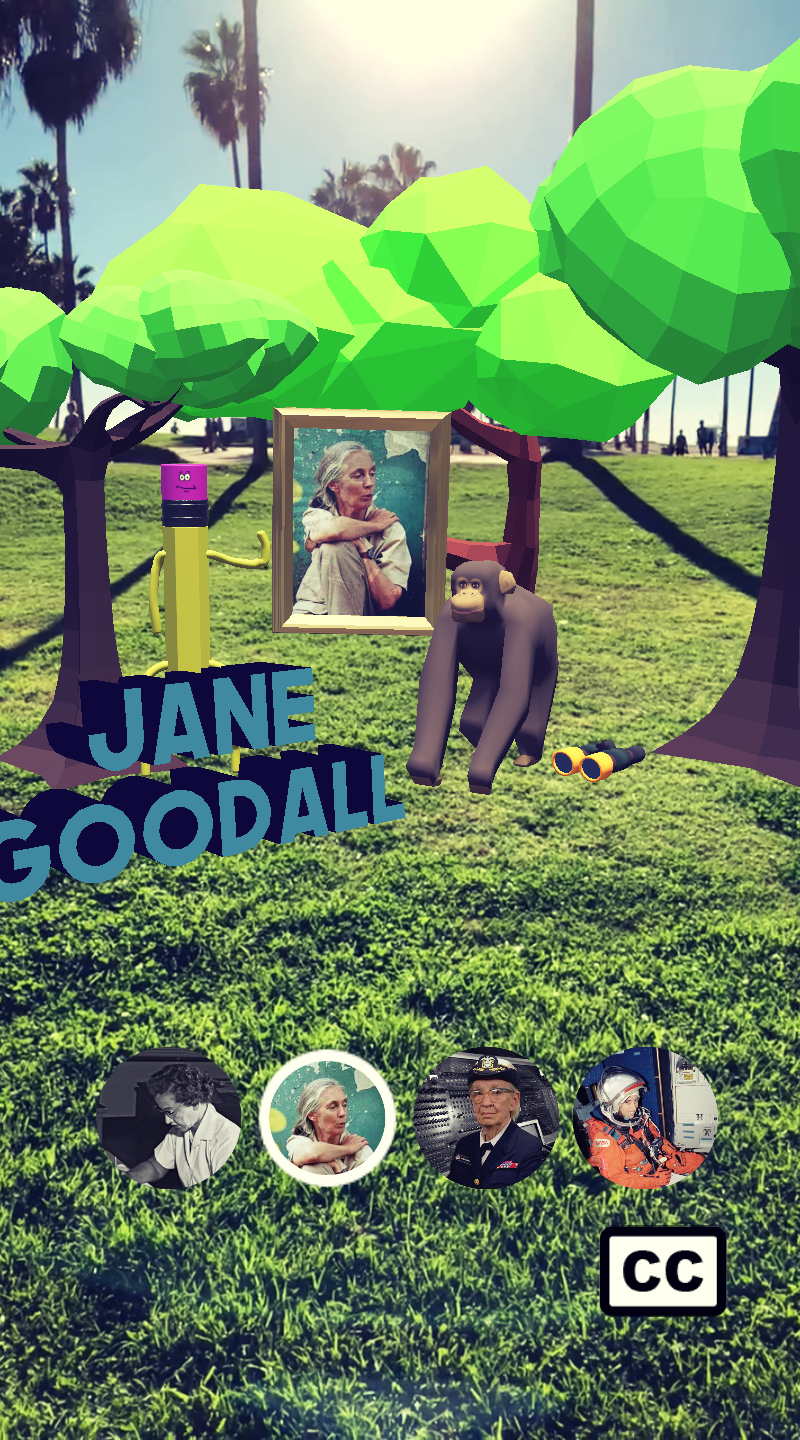 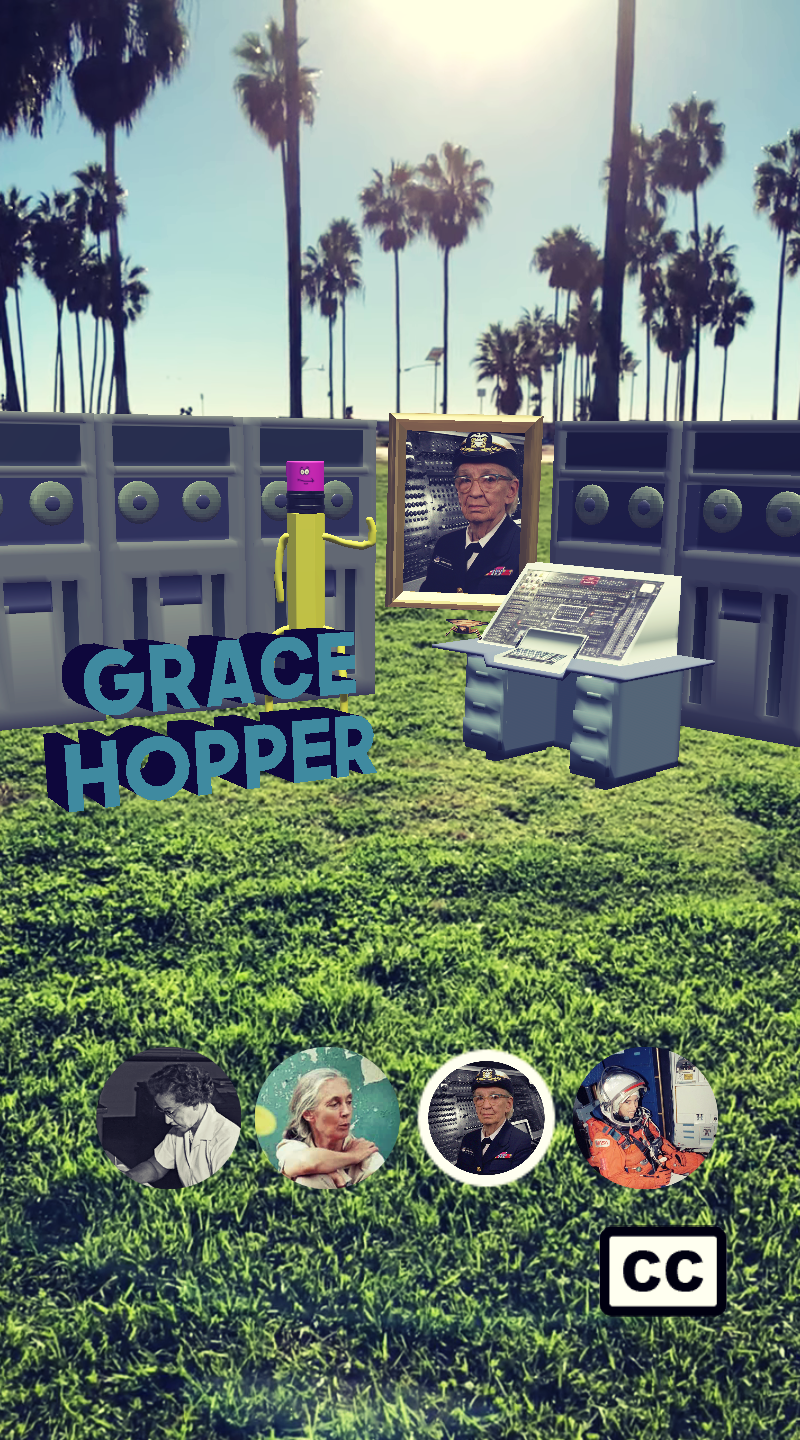 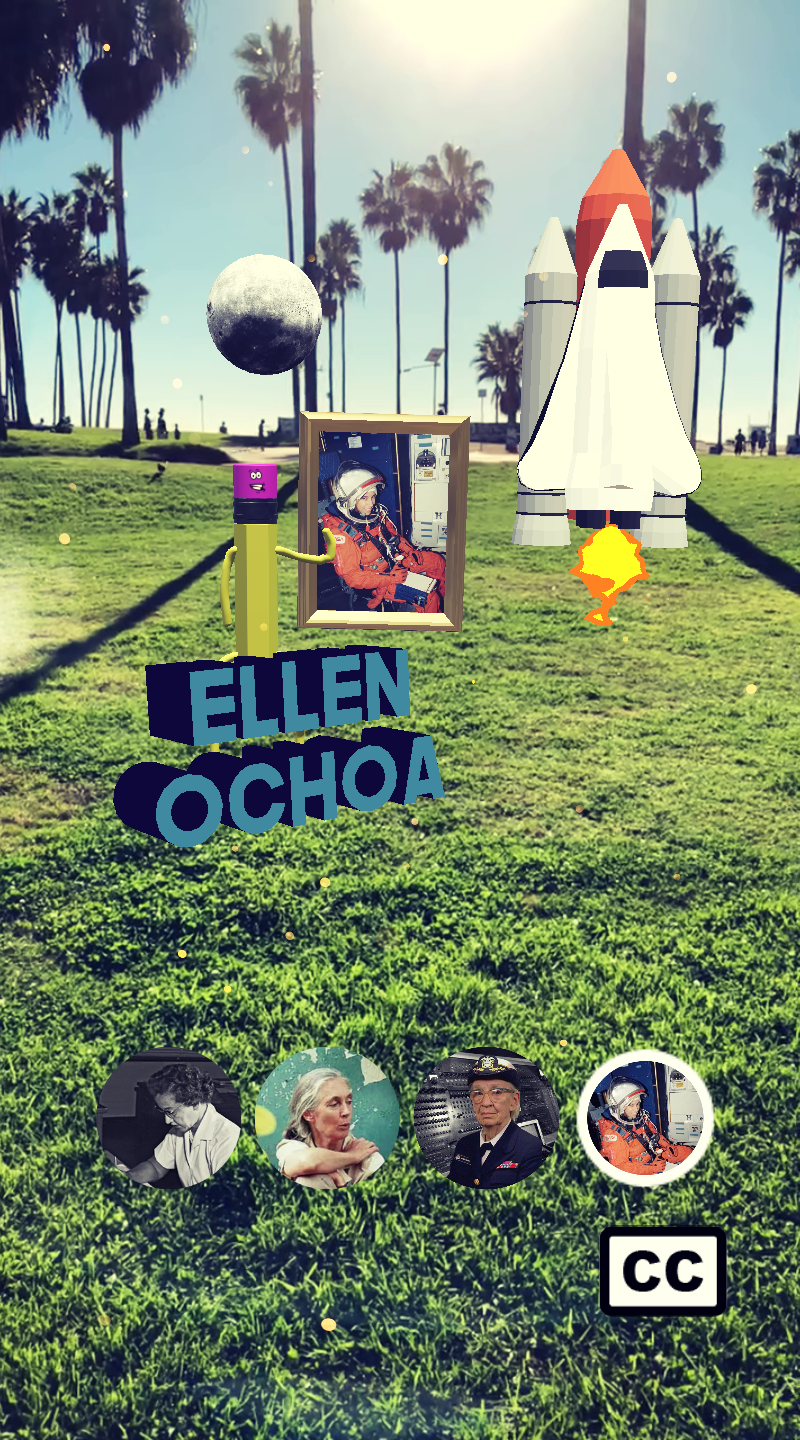 How can it be used? 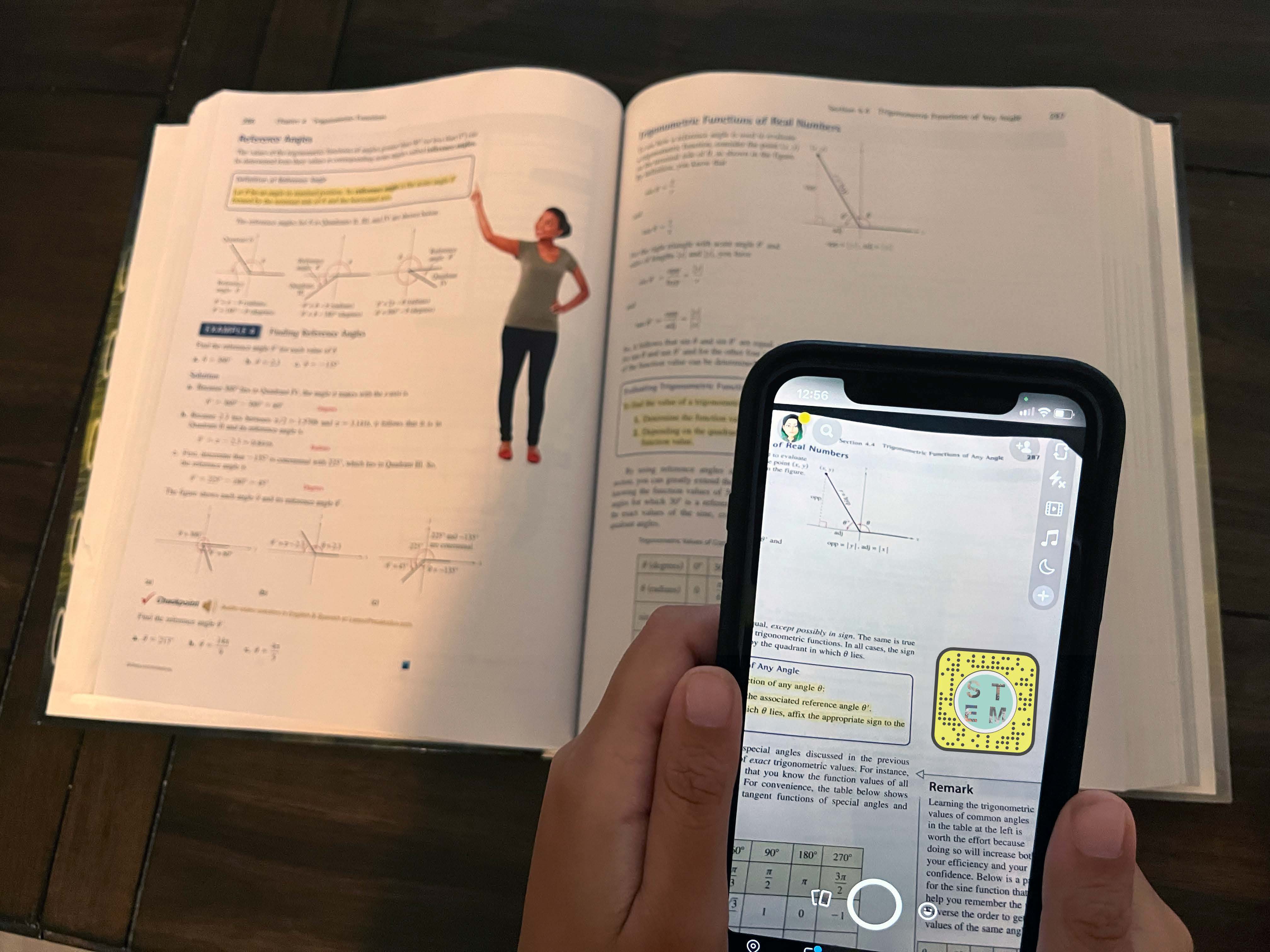 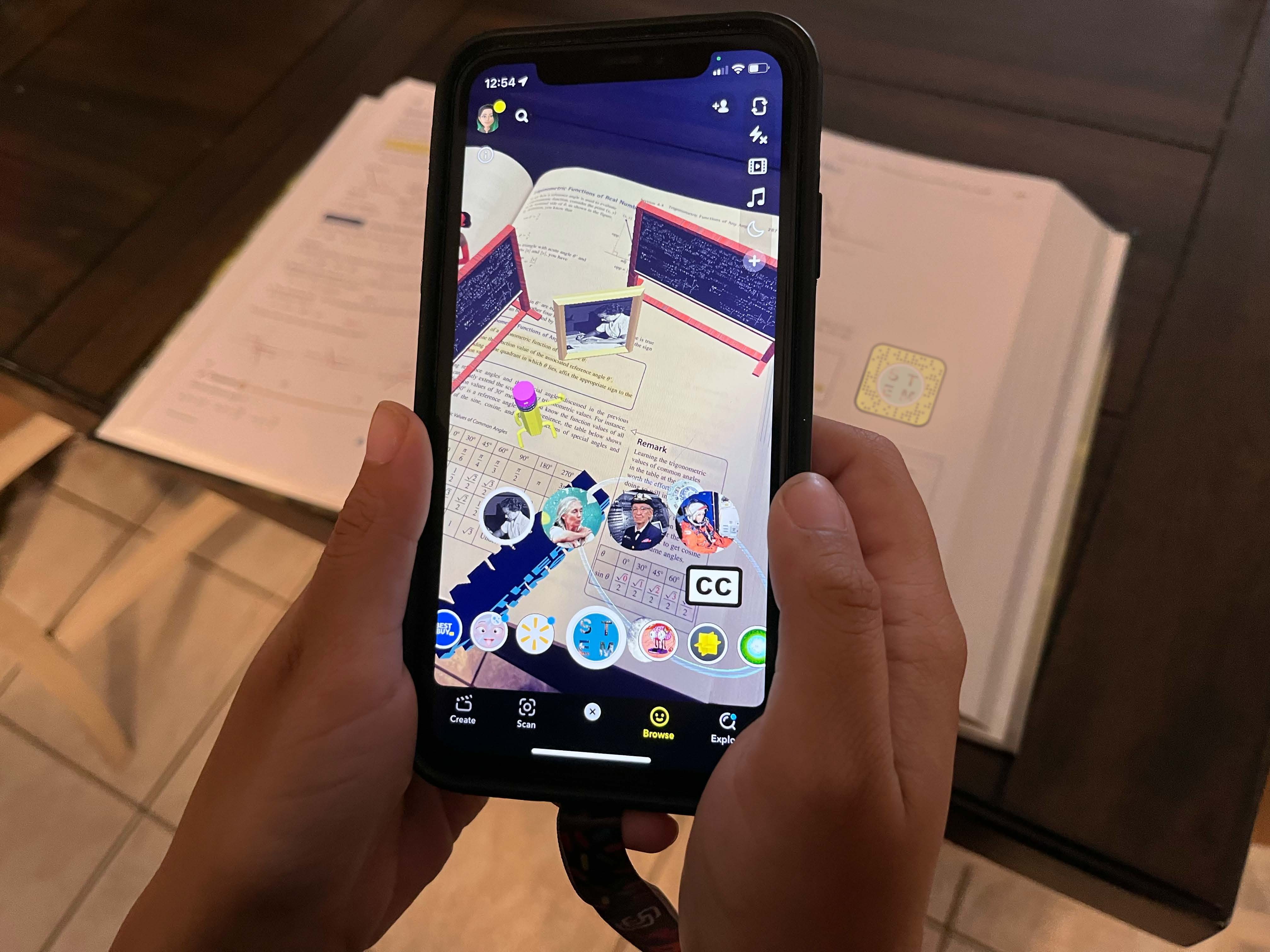 Considering we had so many 3D objects within the lens, the mixed-use of copyright-free and original blender-created 3D models meshed well together. I'm happy with the chimp I created. It took me a few attempts to figure out the best way to make a believable shape, but it helped me improve my 3D modeling. A problem point the team came upon was presenting information to the user without making it visually taxing. The text-to-speech solved it by helping the user process the audible facts and the visual scene.

Time worked against us when working on this project. We spent more time than planned in the ideation phase. I learned how to lead a project and compromise when there is resistance by managing the deadlines, asset creation and the team on this project.

Another issue is that it was difficult to fit all of the assets in Lens Studio's maximum lens size of 8MB. By compressing downloaded model in Blender and saving them as prefabs in Lens Studio, we managed to save space and make it under the lens size with 7.43MB.

What will I do next time?

Next time I plan to set earlier team deadlines to give myself a week to deal with the inevitable bumps. I will also make fewer UV texture sheets by incorporating the colors for multiple 3D objects on one sheet.

With more time, I would love to incorporate a way to include another level of interactivity for the user to gauge their level of understanding with a quiz or a game. 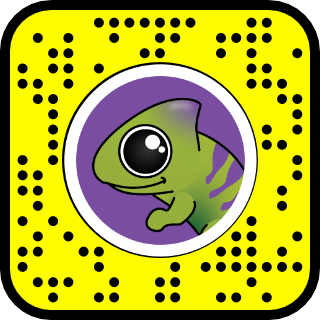 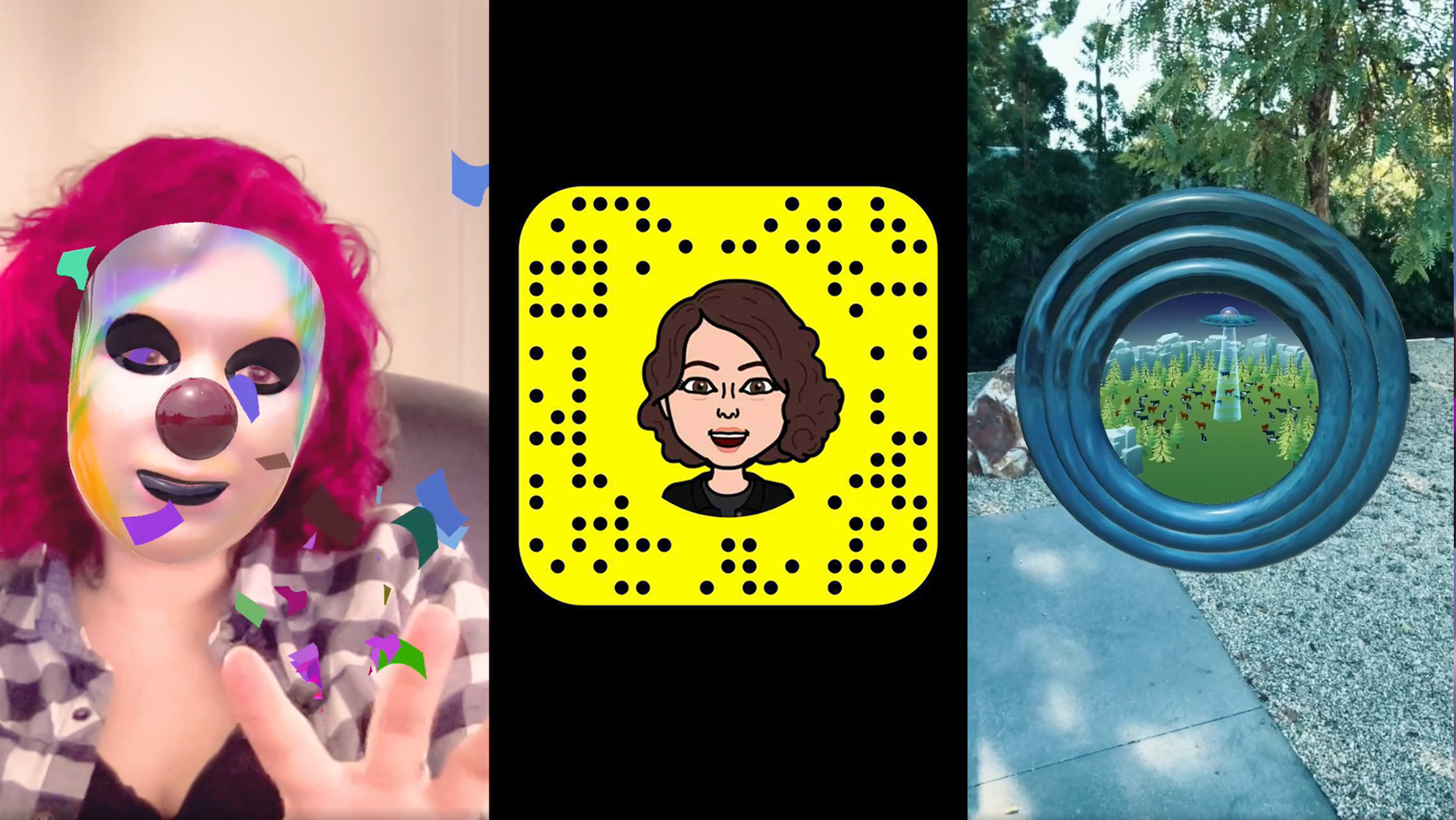